tis the season for pie 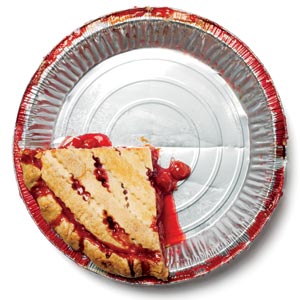 It's close to midnight on a sultry July night and I have a cherry pie nicely  browning in the oven.
My husband is brushing his teeth,
my sons have said goodnight to their blackberries,
the moon has shown herself to be waxing and
the air outside is thick - the newspaper I just rescued from the backyard is damp, and my fresh strawberry jam jars are sparkling on the counter.

What am I, a housewife?
Part-time. Yes. a wife in the house. how nice to have one of those - I could use a few when I'm working.

Just finished reading Animal Farm by George Orwell. I hadn't read it before. I suppose my High-school English teachers either chose not to or had too many classics to choose from (probably the latter though I suspect the former). I think George might have started critiquing communism - soviet style communism - but then ended up writing about power in general, and probably Stephen Harper specifically - George knew! He knew with that writerly sense what was going to happen to Canada. Fascism and Communism and Progressively More Conservative are not that far from each-other after-all...

Oh, my pie is beeping. Enough of Stephen Harper. Why do I even bother getting bothered? I have a cherry pie in the oven afterall! The flaky crust...
Hmm, it's starting to bubble - almost done - I loooove cherry pie. It's my birthday, was my birthday and I always try to include cherries and strawberries within that day - 7th month, 7th day - I used to think this a secret code from God to me - a pattern with 7's - surely I was destined for great things! How was I to know that cherry pie would be one of them?

A very dear childhood friend recalled on FB today how on 07/07/'77 I celebrated, not my 7th birthday unfortunately, but a birthday, and my mother, the number-cruncher that she is, decorated my cake with those very numerals (typical that she was doing this not before the party but just as we were sitting down to eat cake) and she then proceeded to squirt icing into our open 9 year old mouths - what sinful sensation! What terrible pleasure! What kind of a mother does that?

What kind of a friend remembers that?
Well. Michele, to be precise - the kid who had Mars Bars for a school-yard snack, the child who received a whole roll of peppermints to while-away church, the girl who grew up in a house where icecream was as daily as coffee, the woman who still buys fuzzy peaches sour candies...for herself. That kind of sweet-toothed, very sweet friend.

oh this pie is good.
"terrible" as my friend Tracey O'Connor would say with a wink and a full mouth, "just tewwwwible!"
I just finished my second slice, goodness I feel full....ish, certainly I can have another wee slice.
Licked the plate clean, must save the rest for tomorrow.

We had a few cherry trees in our front yard  - my mother was a baker - still is - and she baked sour cherry pies - I remember the sugar that went into one of those pies, and her crust. My mother has managed after all these years to still have the best pie crust - flaky yet substantial, buttery yet made with shortening...I loved them - and she made that classic '70's dessert - cherry cheese cake - The recipe? Take one can of cherry pie filling...a brick of Philly cream cheese, some Graham wafer cracker crumbs... I still love that dessert today even though it is terrible, it's good in a sour fuzzy peaches sort of way. Michele would understand.

I do love being an adult with an oven of her very own. It's a rather nice perk. What's also a nice perk is having three sons who don't know what this side of 12 noon looks like. Handy for eating pie for breakfast. 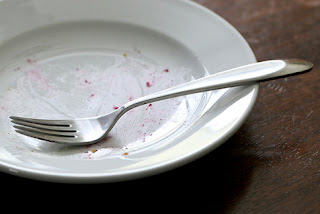 Pick a Tag, any tag 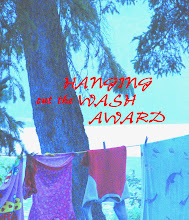 I will keep my Diya burning... 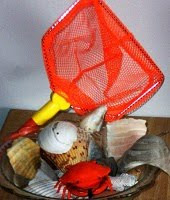 My cousin Kelvin's link to his "Antartica to the Arctic" Trip